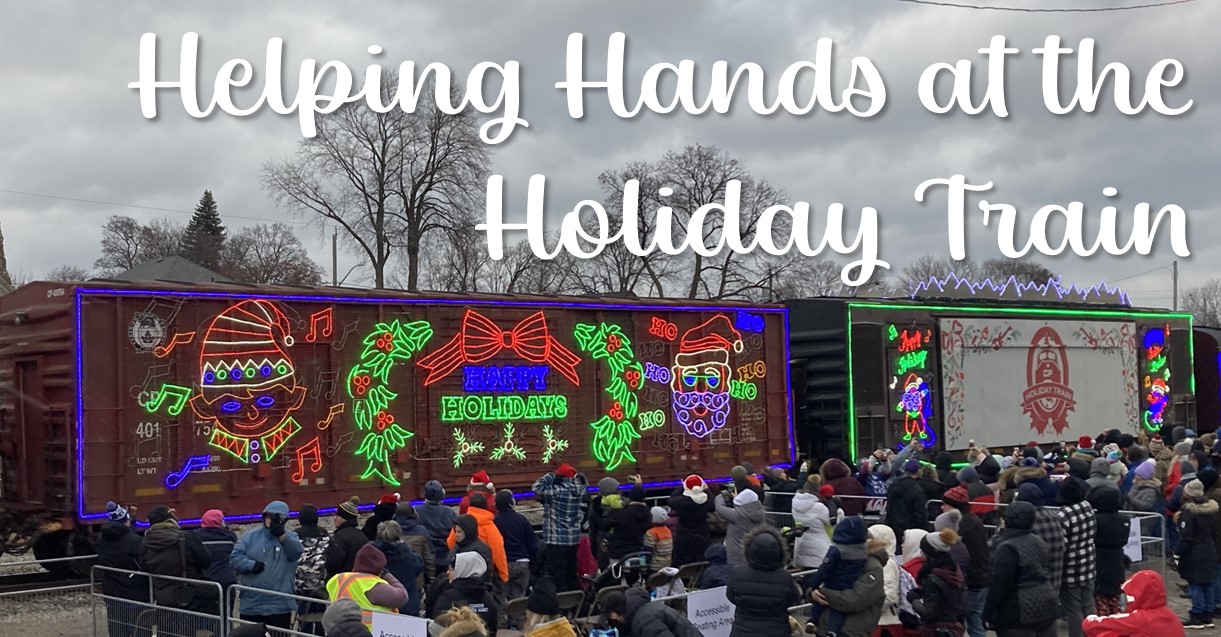 On Wednesday November 30, 2022 members of the R.W. Dyer Realty team happily bundled up to join the Canadian Pacific (CP) Holiday Train as it rolled through Cambridge in support of the Cambridge Self-Help Foodbank.

Donating to A Good Cause

With temperatures dropping before the event, the Dyer team was happy to hand over a giant cheque to the Cambridge Self-Help Food Bank which has seen record numbers in the number of community members needing their services. The Cambridge Food Bank helps people and community groups in need throughout Cambridge and North Dumfries – something that we all can appreciate.

Having Fun with the CP Holiday Train

Once the donation was done, it came time to listen to free concert by a local band called Test Pilot before the CP Holiday Train rolled down the tracks for the first time since 2019. The train has been raising money, food and awareness for local food banks in communities along the CP rail network since 1999. In that time they have helped raise more than $21 million and 5 million pounds of food for community food banks across North America.

With lights a-glow, the CP Holiday Train pulled into the Malcolm Street station at 4pm. Each Holiday Train is about 1,000 feet long and consists of 14 rail cars decorated with LED lights and delightful holiday designs. On board were performers JoJo Mason and Lindsay Ell who both happily took to the stage inside one of the rail cars to entertain the crowd.

Giving back to our community when they need it most was full in our hearts as members of the Dyer team danced in their seats to keep warm and cheer on the performances.

The CP Holiday Train was one of many exciting Cambridge Winterfest Events the R.W. Dyer Realty team has been participating in this holiday season. For a full list of events, visit the City of Cambridge website.